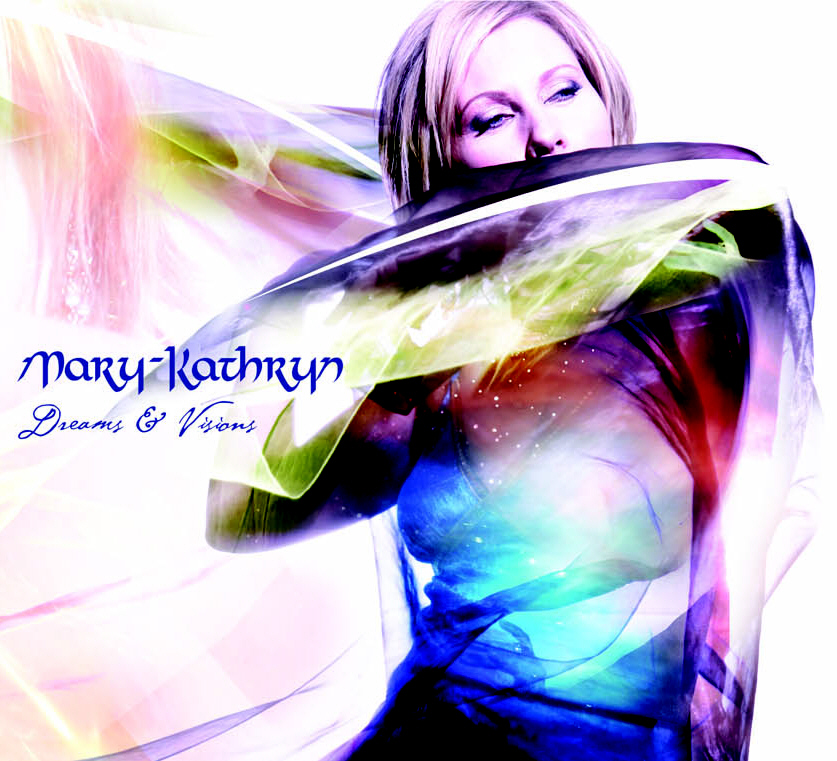 On her fourth album, Dreams & Visions, Mary-Kathryn blends elements of soft pop, rock and folk with world music influences as diverse as the continents to create a spiritual amalgam that transcends musical boundaries.

Sophisticated without being elitist; understated without being simplistic, Mary-Kathryn displays an emotional depth that can only be described as remarkable. The album features appearances by Hugh Marsh on Violin and Fergus Marsh on Chapman Stick & Bass, Tony Morra on Drums & Percussion, the Finnish vocal group Fire 4U, co-produced by Paul Buono and Mary-Kathryn and mixed by Tony Palacios at the Sound Kitchen.

While her earlier releases hinted at Mary-Kathryn’s world music influences, her new millennium release, One Spirit, exploded with exotic rhythms and Old World passions. Middle Eastern cadences nestled comfortably against Native American inflections. Traditional folk melodies from France, Italy, and America melded seamlessly with musical influences from such faraway lands as India and Ireland, Africa and Egypt. And shot through it all was a deep and abiding spirituality.

With Dreams & Visions Mary-Kathryn delves even deeper into the world music realm, painting word pictures on an aural canvas with exotic instrumentation, adroit production, and lyrics that are nothing short of God-haunted. But as Billboard Magazine’s reviewer so aptly put it, “the most affecting instrument…is Mary-Kathryn’s lovely voice.”